Sunday – A taste of summer

We flew into the baking arid southern airport of Tenerife picking up the car prior to the luggage and so beating the hire queue. We then went on a scenic tour of the airport one way system as I’d forgotten to reverse the google directions. We’d booked Villa Casa Janni, a lovely villa with a panoramic outlook over the bay of Puerta De La Cruz. Quick cocktail in the Hotel Botanico before dinner at a local Austrian restaurant, Tiroler Alm, just down the road from the hotel. An excellent wiener schnitzel.

An early 0730 start for the first of our “breaking in” walks. We had picked two around the Parador Teide from Walking on Tenerife by Paddy Dillon. The first was Walk 34 “Parador and Montana Majua”. 11 km across baking lava plains to the cable car and back again. Being completer finishers we then did the second walk in the area, Walk 33, “Parador and Roques de Garcia” of around 4 km though it felt much much longer. By then it was getting dark and we’d walked a long way. Not as gentle an introduction as we had thought. 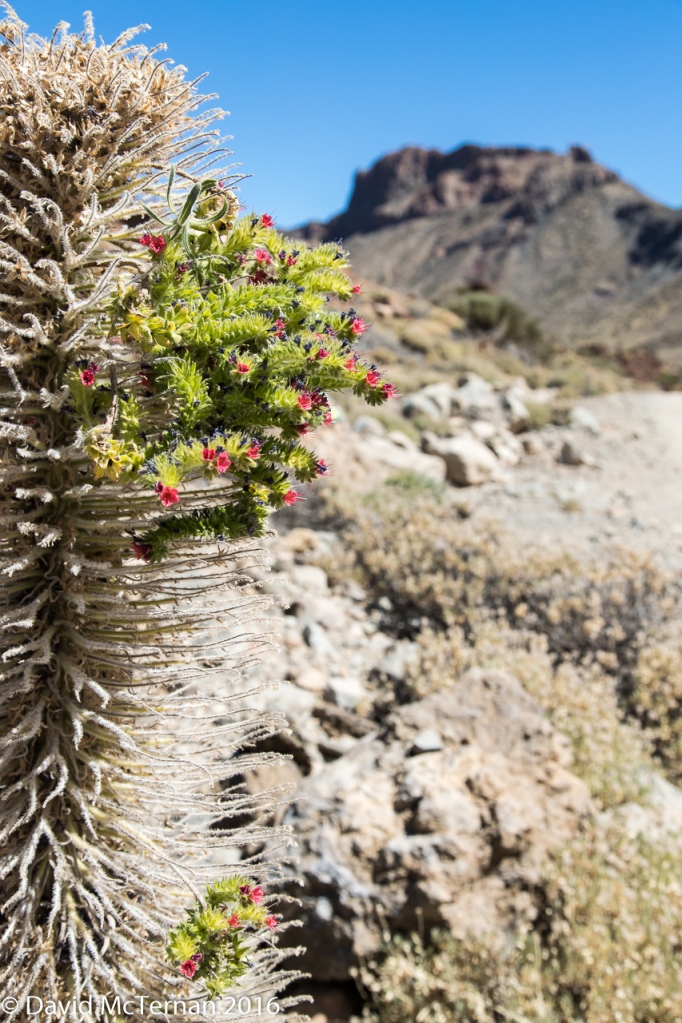 A day of rest – this was a holiday after all. We decided to do a road trip up to Masca, along the winding roads to Buenavista del Norte and back via the coastal road via Garachico where we had a lunch in a nice old café, Dulceria Avenida, with a covered courtyard. 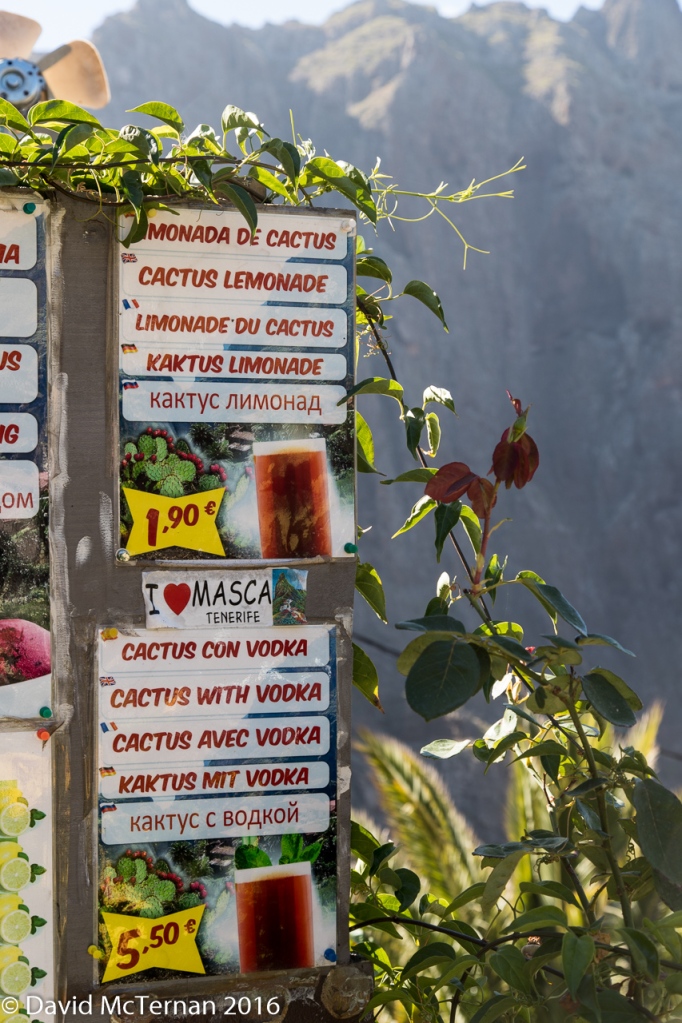 Dinner out at Tasha Ihuey which we had booked months ago as it’s very popular.

Another 0730 killer walk from Afur (literally the end of the road) which was only meant to be 13 km but was very tough and took 8 hours. It was a mix of Walk 25 from Tenerife car tours and walks by Sunflower and one we had downloaded to make it circular. A very long final ascent of 300 m up over 1 km before the final descent down to Afur. I had to leave Una by the roadside and walk the final mile into town to collect the car. Very tough in the heat but fantastic coastal views and a black sand beach for lunch. We arrived home at 8pm for a much needed drink (actually quite a few) and BBQ. 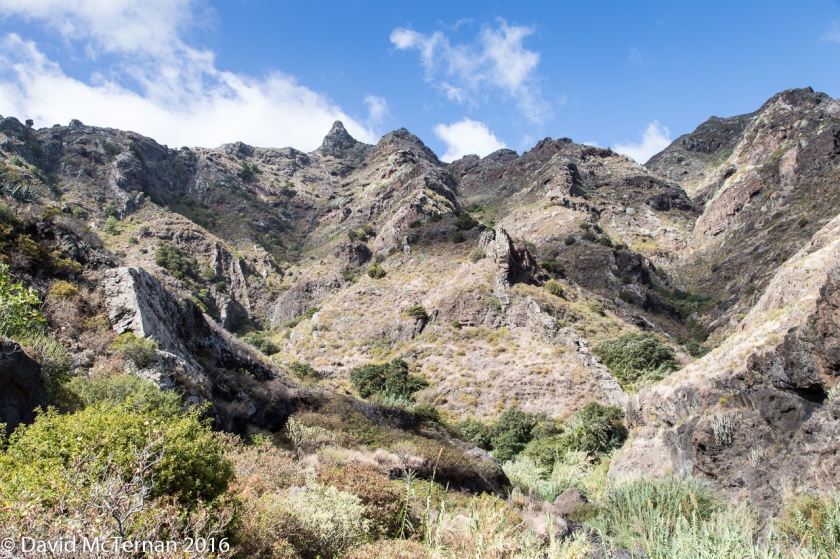 Off to the capital of Santa Cruz visiting the market and museum of man and nature. Terraza del botanico for dinner followed by music and drinks at the Hotel Botanico. 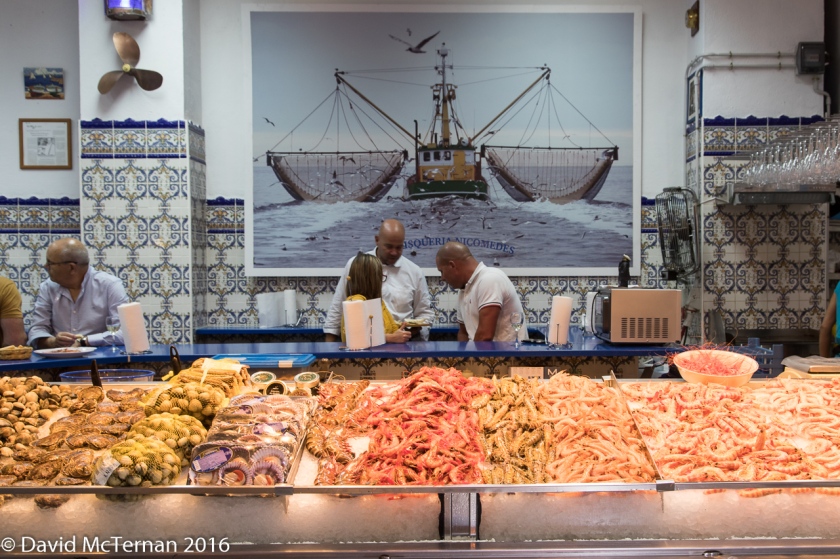 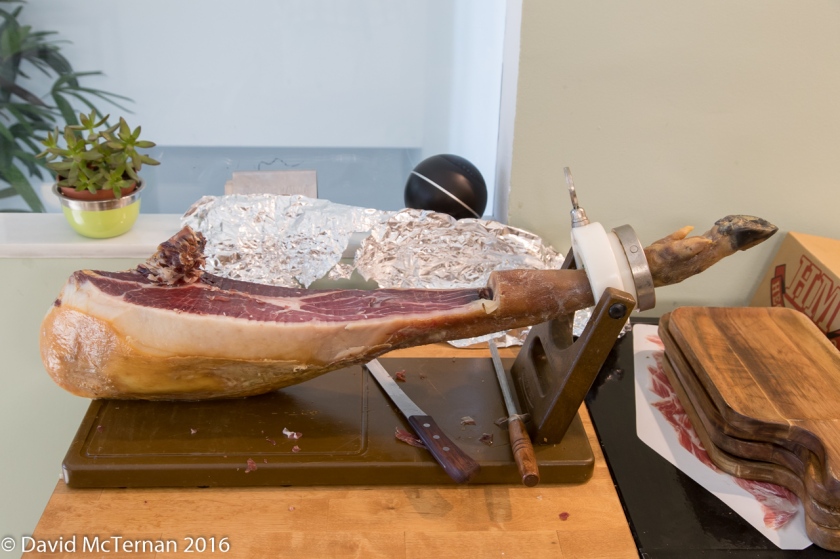 Friday – Stars in our eyes on Tiede

As we had a very late evening coming up we decided to do a trip around the botanical gardens, which have an interesting history as a holding point for plants from Africa to Europe, and then head down to the Playa El Bollullo which is a black volcanic beach past all the banana plantations. 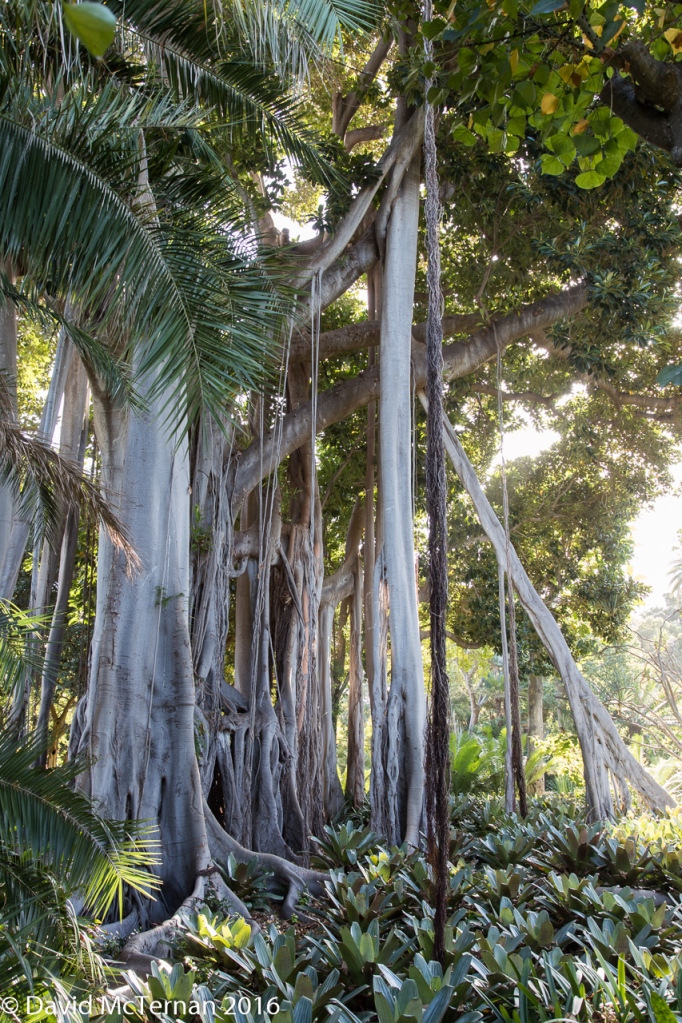 We had a large lunch at Meme near the gardens then headed back and got changed so we could be down by the pickup spot for our Mount Teide sunset and stars tour. I for one didn’t take enough warm clothes. 25 Celsius on the coast and near zero at the top of the mountain. Great sunset view, nice food and loads of stars. Sadly the full moon hid the Milky Way. 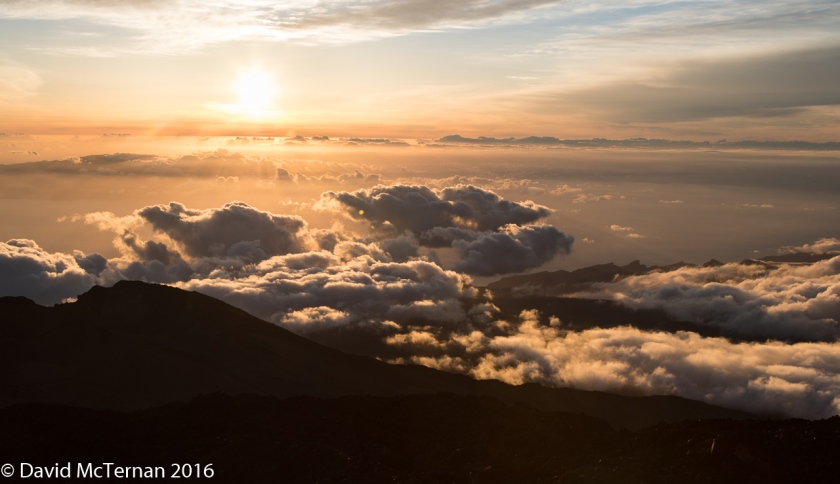 Saturday – We can do this

We decided on a less strenuous walk and a shorter drive today as we wanted to sleep in and be back in time for dinner. We walked Walk 26 Izana and Volcan de Fasnia from the Walking on Tenerife book along the marked route 20 near the observatories across a lunar landscape. 8 km over all in 3 hrs with photo and lunch stops.

Sunday – The official end of summer

Home again to the cold of England. Tenerife has a lot to commend it and we barely touched the surface of the walking available at all levels. Out of the tourist hotspots in the south it was blissfully isolated. The food was extremely good and the wine cheap.

Next time we’ll hire an even bigger 4×4 or the Spyder we saw back at the airport – though we would have had to take several trips to fit the luggage in. It was a passenger or the luggage but not both. Some of the short-cuts suggested by Google were seriously steep and the clutch burning smell a little overpowering…